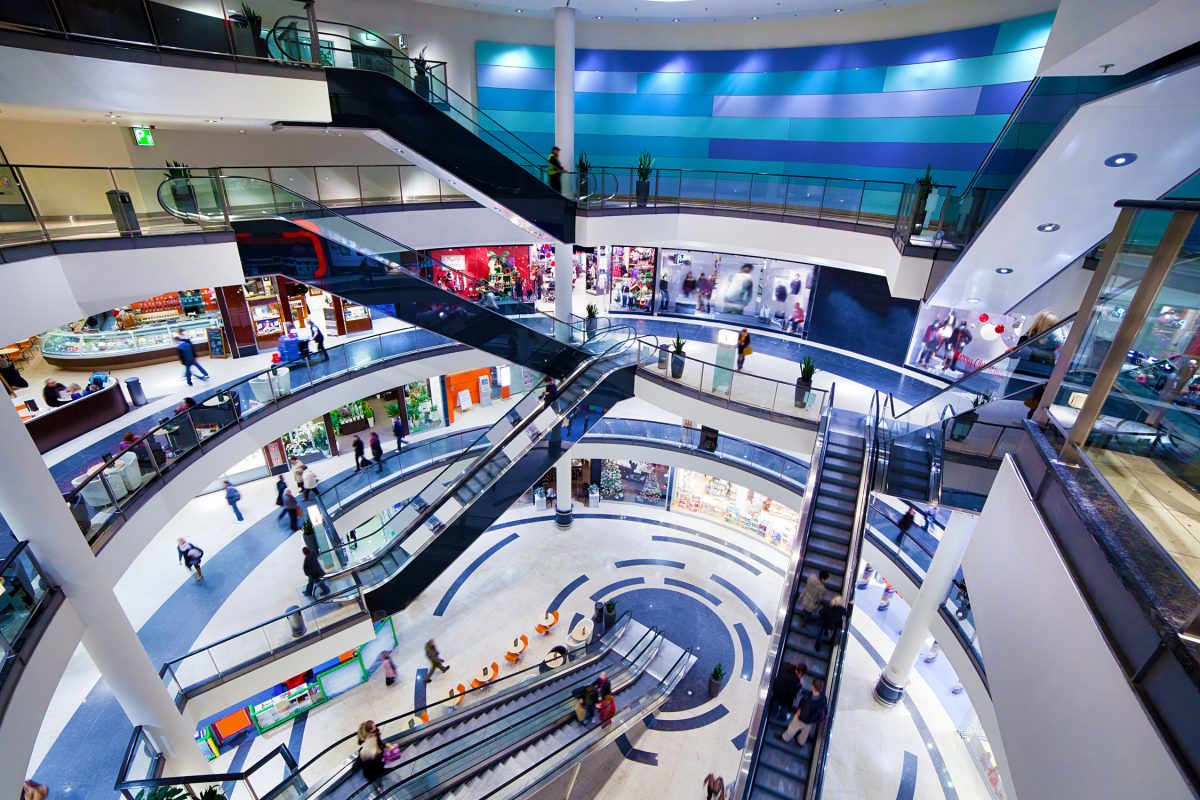 We spend a lot of our time at Digital Mortar explaining to folks why door-counting isn’t remotely sufficient to drive retail analytics. Implicit in that assumption is that people are doing door-counting and that they do have, at least, a reasonably accurate understanding of how many shoppers enter their space. And while accurate door-counting is a non-trivial exercise, the current crop of technologies really do a pretty good job. If you have doors.

The key to the current generation of door-counters – most of which are camera-based – is having restricted zones of entry. That’s a fancy way of saying…doors. If you look up to the door frame as you pass through most stores, you’ll likely see a camera perched up there – counting.

But not everybody has it so easy. In large open spaces like malls or events, there are no doors. No way to control entry to the space. And no place to put cameras or other counting devices.

So if you have an open-space without controlled entry, how do you do even basic measurement like people-counting?

The two basic counting methods in physical spaces are video (in all it’s various forms) and electronic (in all it’s various forms). Video counting systems have gotten to be quite accurate – and can be so even under what once were traditionally challenging light conditions. But cameras are expensive and cover a very limited area. They are also very dependent on having an advantageous angle to do their counting – so mounting considerations are always in play.

Electronic methods are cheaper to deploy, less placement sensitive and cover a much broader area. But electronics don’t deliver the comprehensive accuracy that camera can. If you’re tracking smart-phones, you’re only tracking folks with phones. And those folks must have their WiFi turned on. The best electronic methods will track the vast majority of that subset of people (including IoS users). In most circumstances, we know that’s around 70-80% of the population.

For many purposes, having a number like that and using it directionally can be good enough. But for others, it’s important to have a “true” number. When you’re thinking about advertising impact or pricing a location (whether it’s a spot inside an event or a store location inside a mall), you want that number to be as accurate as possible – and you especially don’t want it to be consistently less than the real number by 25% or 30%!

Sure, you can just take that number and multiply it by some factor to “true it up”. But not only is that a potentially error-prone process, it’s one that will almost always create deep skepticism about the validity of the answer. And since the whole point of the metric is to convince someone about the number, simple truing-up is often a self-defeating process.

So if you have a complex space without controlled ingress, how do you get a truly accurate people-count?

Finding a way to true-up is indeed the right answer. It’s simply a matter of finding a way to do it that isn’t just rule-of-thumb and lets you true-up accurately and persuasively across a wide variety of circumstances (one of the drawbacks to a rule-of-thumb approach is that it’s inherently a generalization and the real answer will be different by day of week, time of day, weather, season, school-schedule and countless other real-world factors).

We want a way that captures the real-world answer without having to comprehensively measure everyone.

The best answer right now is to combine the two systems – video and electronic – to create a real-time true-up factor that is both highly accurate and totally defensible. Cameras provide accurate measurement in a small zone. Electronics can provide economical coverage across the entire space and can de-duplicate people across the entire journey. Putting the two together gives you a system that can accurately people-count a large open space.

The beauty of combining the two systems is that when you do that, you create overlapping zones that are measured by both camera and electronic means. Same area, two different mechanisms. With camera providing a true count for those areas. That means you can true-up numbers on a near real-time basis across multiple zones in the space. So if you’re percentage of trackable shoppers varies by day of week or weather or school schedule? It’s no problem. You’re constantly monitoring multiple zones and truing-up numbers between camera and electronic. And by covering multiple zones, you’re also able to establish whether some subsets of the area have different patterns than others (the food court may have different true-up rates than in front of an anchor). If you’re truing up for a specific area in the space, that’s especially valuable.

By creating a sampling of measurement zones, you can convincingly solve the problem of open area people counting. You have a true-up that is highly accurate and remains highly accurate across any range of real-world circumstances. You have the ability to true-up for specific sub-areas of the space. And you have a number that is both rigorous and justifiable.