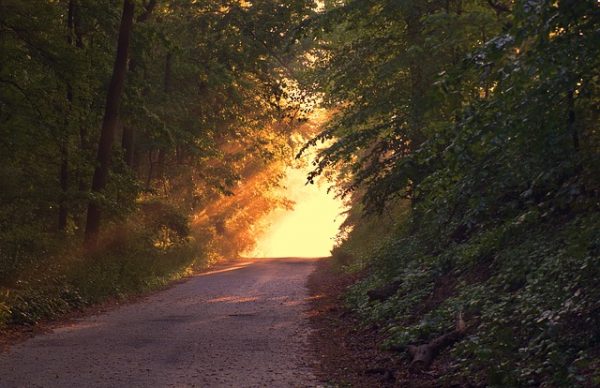 Over the nearly two decades I spent in digital analytics, I did a lot of selling. More than I ever wanted to. But during that time, I saw the process of selling digital analytics transformed. When I started, way back in the ‘90s, selling web analytics was evangelical. I had to convince potential clients that the Web mattered. Then I had to convince them that analytics mattered to the Web. If I got that far, I just to convince them that I was the right person to buy analytics from. But since there were only about five other people in the world doing it, that last part wasn’t so hard!

Over time, that changed. By 2005, most companies didn’t need to be convinced that the Web mattered. The role of analytics? That was still a hard sell. But by around 2012, selling digital analytics was no longer evangelical. Everyone accepted that analytics was a necessary part of digital. The only question, really, was how they would provision it.

I didn’t miss the evangelical sell. It’s a hard path. Most people are inherently conservative. Doing new stuff is risky. Most organizations are pretty poor at rewarding risk-taking. It’s great to suggest that analytics is powerful. That it will do the organization good. But for someone to take a risk on a new technology and process, there needs to be real upside. Think of it this way – just as VC’s expect out-sized returns when they invest hard-cash in risky startups, so do decision-makers who are willing to go outside the well-trodden path.

Well, with Digital Mortar, I’m right back in the evangelical world. I have to sell people on the value of in-store customer measurement and analytics – and often I have to do it within environments that are significantly disrupted and challenged. So here’s the question I ask myself – what’s in it for an influencer or a decision-maker?

I think that’s a surprisingly important question and one that doesn’t often get asked (or answered).

If you’re thinking about in-store measurement and analytics, here’s the personal questions I’d be asking if I were you (and my best guess at answers):

1. Is there a future career in this stuff?

There was a time when understanding how to create digital analytics tags was a really critical skill. That day has passed. Tagging is now a commodity skill often handled by offshore teams. In technology and analytics, in-demand skills come and go. And it’s critically important to keep building new skills. But which skills? Because there’s always lots of possible choices and most of them won’t end up being very important.

It’s pretty obvious that I believe location analytics has a big future or else I wouldn’t have started Digital Mortar. Here’s why I think this stuff matters.

I saw how compelling analytics became in the digital world. With increasing competition and interaction between digital and physical experiences, it’s just implausible to believe that we’ll continue in a world where online experiences are deeply quantified and physical experiences are a complete mystery. Every digital trend around customer centricity, experimentation and analytics is in-play in the physical world too – and all of them drive to the need for location analytics.

The thing is, measurement creates its own demand. Because once people understand that you can measure something, they WANT to know.

It will take a while. Change always does. But I have no doubt that in a few years, measurement of the physical customer journey will be well on its way to being the kind of table-stakes must-have that digital analytics is in the web world. That means new roles, new department, new jobs and new opportunities. Which brings me to…

2. Is there a real benefit to being an early adopter?

The people who got into digital analytics early carved out pretty admirable careers. Sure, they were a smart group, but in a new analytics domain, there is a real premium to early adoption. When that field starts to get traction, who gets to speak at Conferences? Who gets to write the books? It’s the early adopters. And if you’re the one speaking at conferences or writing the books, you get real opportunities to build a unique career. Being an early adopter of a technology that pans out is a huge win for your personal brand. It almost guarantees a set of terrific career options: leading a consultancy, having a cush job as an evangelist at a place like Google, getting recruited by a technology unicorn, or managing a large group at a premium company. All good stuff.

And by the way, it’s worth pointing out that this type of measurement isn’t limited to retail. You think resorts, arenas, and complex public spaces don’t need to understand the customer experience in their spaces? Location analytics won’t be in every industry. But it will be every WHERE.

But none of that stuff will happen unless you have some success.

3. Can I be successful right now?

How much success you need is easily exaggerated. Early adopters (and this is a good thing) are like fisherman. We mostly know how to tell a good story. But getting real success IS important. And fortunately, location analytics systems are good enough to do interesting measurement. The capture technologies have plenty of issues, but they work. And a platform like DM1 lets you do A LOT with the data. Best of all, if you’re already experienced with digital analytics, you know a bunch of what’s important about dealing with this data. That makes early adoption a little less frightening and a lot more likely to be successful.

There are real use-cases for this technology. Use-cases that have been hidden by the generally awful analytics capabilities of previously existing systems. This kind of measurement can identify and help solve line and queue management problems, answer questions around store and location design, resolve issues around staffing and associate optimization and feed better forecasting and allocation models, and drive powerful enhancements to customer CRM and personalization efforts.

Middling. This stuff is still pretty new. But it’s starting to mature rapidly. The technology is getting better, the analytics software just got MUCH better, and the needs just keep growing. As with most analytics – the hard part is really organizational. Getting budget, getting authority, driving change – those are always the hardest tasks no matter how challenging things are on the data collection and analytics front. But no one’s ever seen this kind of data before. So the bar is incredibly low. When people have spent years living with hunch, intuition and door-counting as their sole metrics, you don’t have to provide world-beating analytics to look like a star.

5. Is it interesting (because no one wants to spend their life doing boring stuff)?

Yep. This stuff is deeply fascinating. Customer experience has long been one of the most interesting areas in analytics. People are great to study because their behavior is always complex. That makes the analytics a challenge. And because its people and behavior and the real-world, the problem set keeps morphing and changing. You’re not stuck analyzing the same thing for the next ten years.

Even better, identifying problematic customer behaviors is the table-set for actual business change. Once you’ve found a problem, you have to find a way to fix it. So the analytics drives directly into thinking about the business. I like that a lot. It means there’s a purpose to the measurement and the opportunity to brainstorm and design solutions not just analyze problems. If you enjoy doing digital analytics (or have always thought you might), this is an even richer and more complex set of analytic problems.

Which brings me to the bottom line. Risk is risk. A lot of businesses fail. A lot of technologies don’t take off. But I’m pretty confident that in-store journey measurement and location analytics will become a significant discipline in the next few years. If I’m right, there will be real dividends to being an early adopter. Both for the companies that do it and the people who drive it. And along the way there’s some fascinating analytics to be had and a whole bunch of really interesting stuff to learn. That doesn’t seem like such a bad deal.